A 20-year-old lady, identified as Fatima Usman, has accused her biological father of having s-exual relations with her. 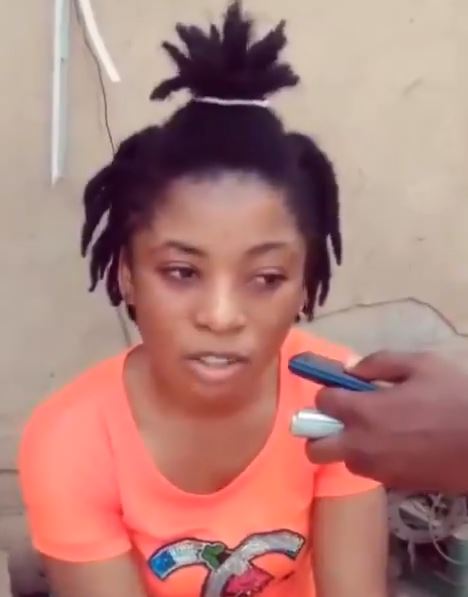 The lady, who is resident in Owo, Ondo state, gave her father’s name as Usman Momoh Sani, a worker in a tertiary institution in the state.

In the viral video, Fatima alleged that her father has been having s-exual intercourse with her for as long as she can remember, even while her mother is at home.

Fatima also appealed to the State and Federal government to help her get justice against her parents.

She said in part,

“Whenever I refused to have s-ex with my father he would send me out of the house in the midnight.

“My father has been sleeping with me for a very long, and whenever I refused he would send me out of the room.

“If I say I will voice out, he would be threatening to kill me. “He would bring out a knife and show me that if I tell anybody he would kill me.”

“My mother did not bother to check on me whether I slept in the room or not.”

Watch the viral video below,

“My father has been sleeping with me even when my mother is at home” – Nigerian lady cries out for help pic.twitter.com/2UCmj7YMue

DID YOU SEE THIS:  BREAKING: Arthur Okowa Is Dead
0
Share FacebookTwitterGoogle+ReddItWhatsAppPinterestEmail