Portugese president President Marcelo Rebelo de Sousa of Portugal has rescued two women from drowning at an Algarve beach after their kayak capsized.

AFNews learnt that the 71-year President was pictured swimming over to the kayakers who were struggling in the water.

President of Portugal jumps into water, saves 2 women from drowning

De Sousa later told the press that the women had been swept by currents from a neighbouring beach into the bay.

The Portuguese number one citizen is currently on holiday in the Algarve which is aimed at promoting tourism in the area.

Portugal’s economy relies heavily on its tourism industry, which has been hugely impacted by the coronavirus pandemic.

The President noticed the drowning women shortly after he had spoken to journalists at Praia do Alvor beach.

Here are the Pictures and Video below 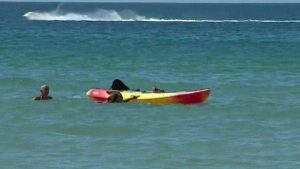 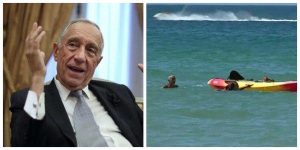 BREAKING: Finally, Court Sentence Notorious Kidnap Kingpin Evans To Death | SEE HOW HE WILL BE KILL

Can There Be Another Udo Ekpenyong?

Trump Leaves Washington: Says ‘We Will Be Back In Some Form”