There was chaos at one of Access bank‘s branch recently, after a grown man went physical with a lady at the ATM gallery during an argument.

According to reports, the both of them got into a heated argument over who came first to the ATM queue, and they began to exchange words with each other. 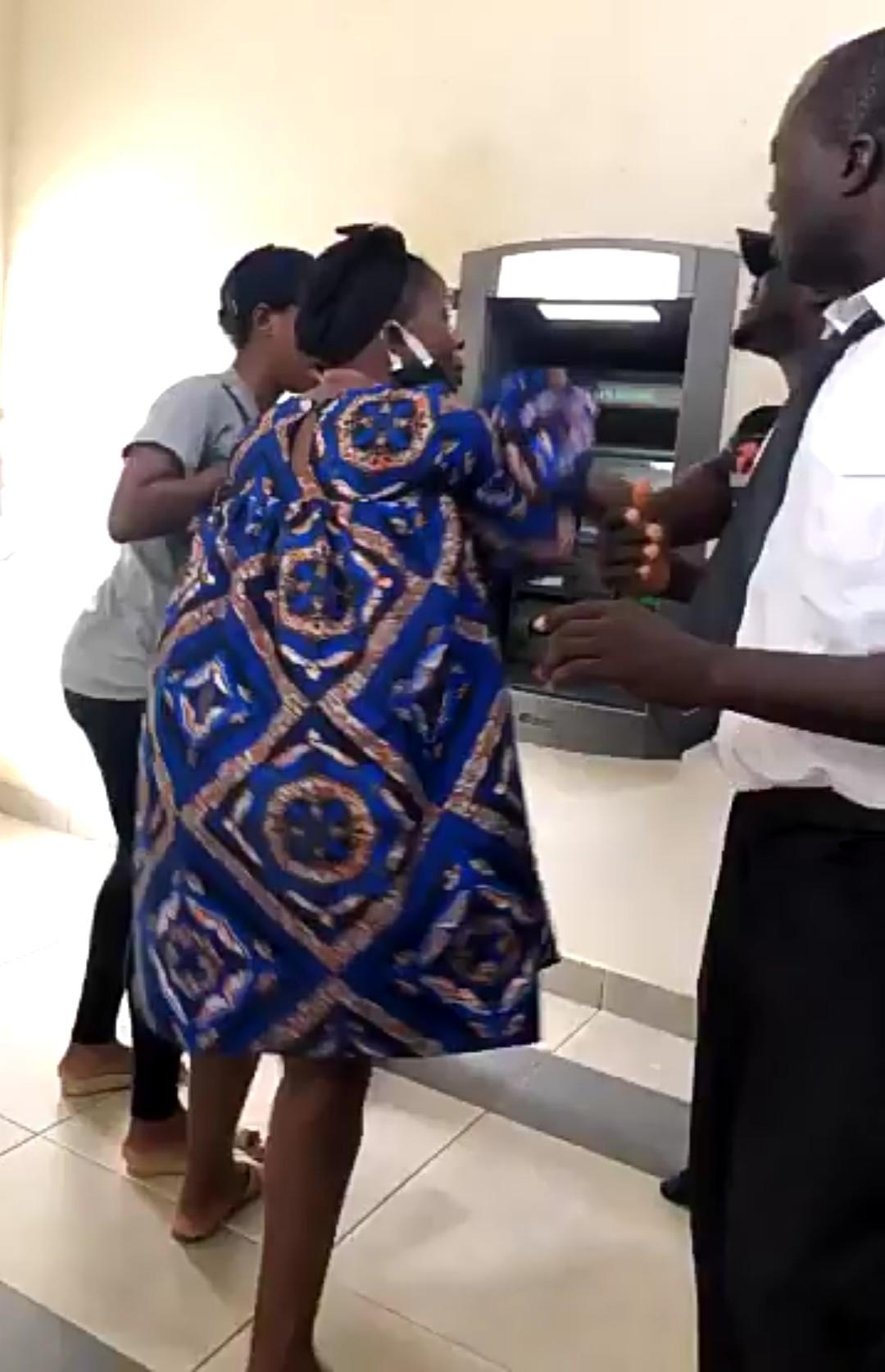 After a while of dragging themselves, the fight turned physical and the man threw slaps and punches at the lady who quickly burst into tears.

Reacting to this, eye witnesses at the scene hurled insults at the man for daring to hit a lady who isn’t his wife. They condemned his action totally while the lady stood at a corner crying.

Watch the video below;

DID YOU SEE THIS:  How a Woman was Kidnapped, Beaten and Buried in Well for Days
ATMManSLAPwoman
0
Share FacebookTwitterGoogle+ReddItWhatsAppPinterestEmail